Thinking of getting married at the Little Brown Church? Well, we have exciting news for you!!

In 2021, we completed an exciting restoration project on the inside of The Little Brown Church. We restored the inside of the church to its original condition – with new wall treatment, stenciling, carpeting, etc. The pews and woodwork were treated to preserve them for the future while retaining their unique “patina.” We hired Reihle Decorators to complete the restoration. They are a local company from Cresco, IA who specialize in restoring historic buildings.

Another part of our plan for weddings at the Little Brown Church in the future is to begin to offer weddings (and vow renewals) to be held on the beautiful grounds of the church (May through September). We will be giving more information about this in due course on our website.

The first settlers came to the Nashua/Bradford area in 1848 and by 1855 the first members of the Puritan-Congregational Church had begun holding meetings. A young music teacher named William Pitts was traveling by stagecoach from Wisconsin to Iowa to visit his future wife. While waiting for the stagecoach horses to be changed, he walked down Cedar Street and saw the empty lot where the church now stands. Being a romantic young man, the thought came to him of what a charming setting the spot would make for a church. Returning home, he wrote the poem “Church in the Wildwood,” and later set it to music. He put it away in a drawer and forgot it. Meanwhile, church members grew tired of meeting in places such as the lawyer’s office, abandoned stores and parishioners’ homes and began making plans to build a church. By 1860 the foundation was laid. The Civil War slowed the work, but the work never really ceased. By 1862 the building was enclosed and it became time to for paint to be applied. As the congregation was poor, the cheapest paint to be found was Ohio Mineral Paint, which would protect the wood but which was unhappily brown (most country churches are painted white). The building was finished, complete with bell, in 1864.

Meanwhile, when Mr. Pitts and his new wife moved back to the area to take up a teaching assignment, he was surprised to see a little brown church nestled in the very trees where he had stood some years before. He went home and found the song and taught it to his class who sang it at the dedication service of the church. Pitts had written a song for a church that wasn’t there and the congregation had painted their little church brown without ever hearing of the song. The song, “The Church in the Wildwood” was made famous by the Weatherwax Quartet (from nearby Charles City, IA) who traveled throughout Canada and the United States between 1910 and 1921 using, it as their theme song “The Church in the Wildwood”. The last part of every wedding or vow renewal ceremony at The Little Brown Church is the playing of “Church in the Wildwood” (as the recessional) and the ringing of the church bell. To date, over 76,000 couples have been married in this historic church site. 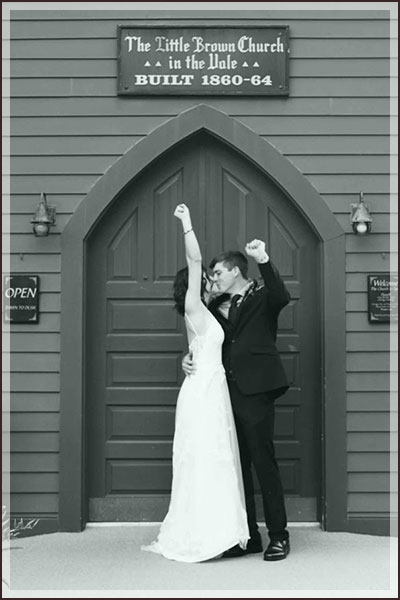 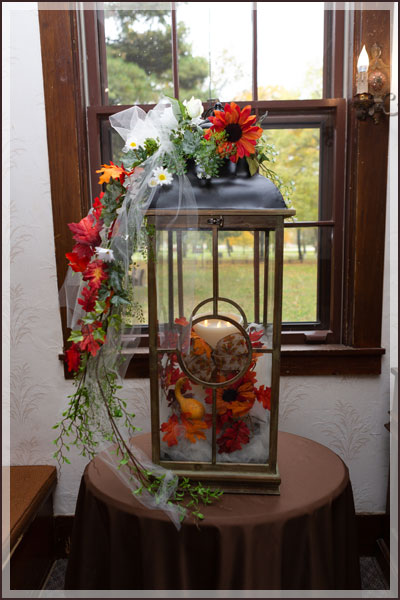 The church is able to accommodate 100 guests and has ample parking for cars, limousines, and buses. Both the church and basement level bathrooms are handicap accessible. Dressing rooms are available.

The church is seasonally decorated for each wedding and vow renewal (with the exception of “Just Us” weddings). Wreaths on the front doors and inside decorations are included as part of the cost of your special day.

Whether Spring, Summer, Fall… or even Winter… the gardens and grounds of The Little Brown Church are the perfect place for your outside wedding photography.

Find Out More About the Little Brown Church 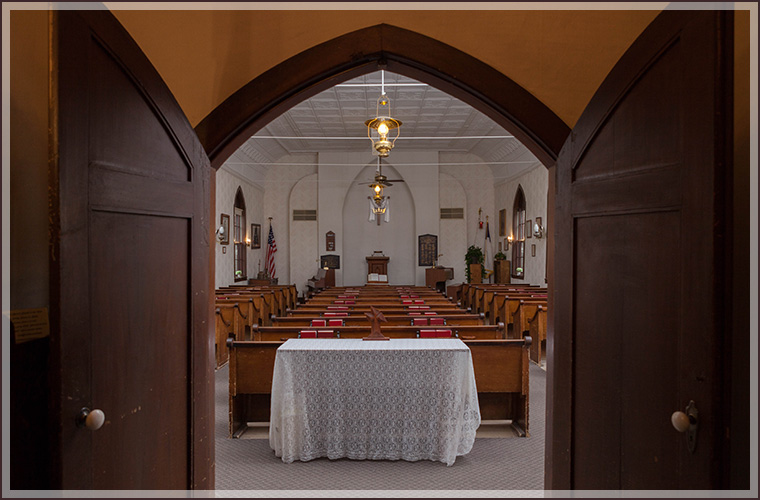 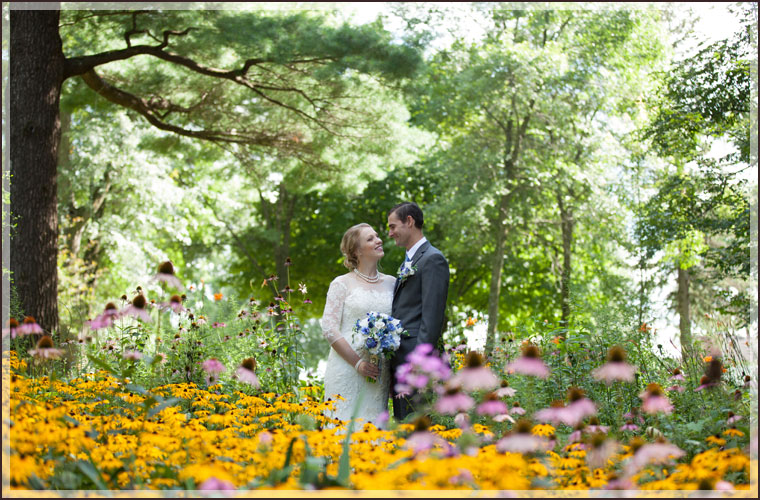 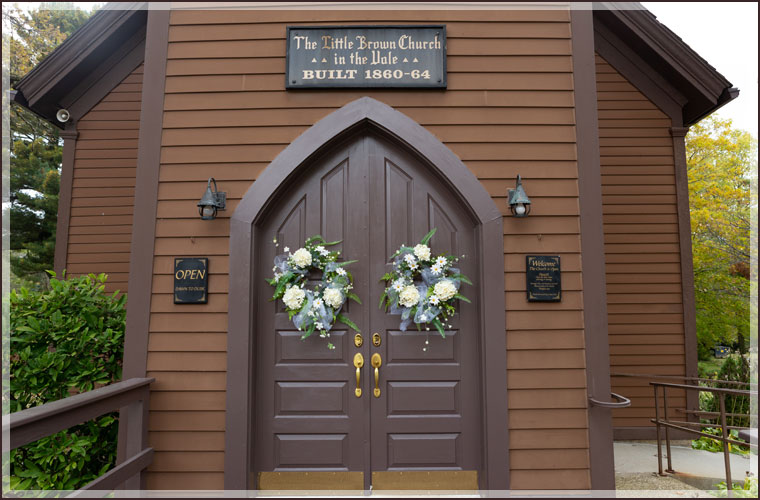